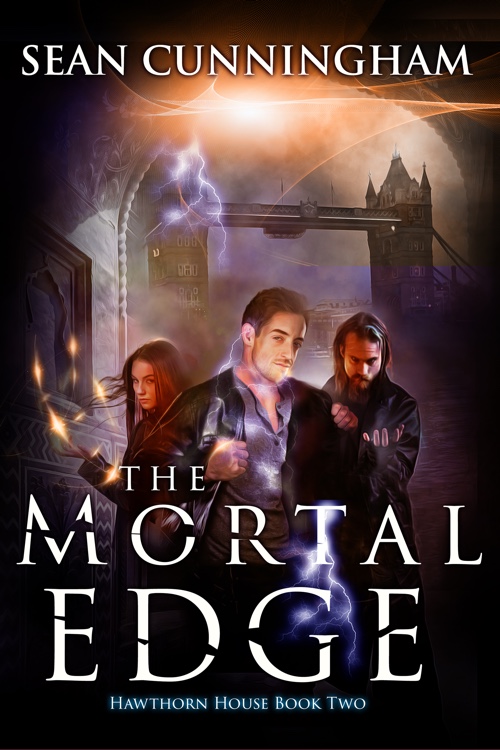 The Mortal Edge, sequel to Ghost Electricity, is out now on Kindle and KU.

They’re strange beasts, second books. In the beginning of the first book, as the writer you’re discovering the characters and the setting. Then the story takes its grip and on you go. A second book is similar. You already know your characters and your world going in. And so the time comes to expand both.

Rob, Julian, Fiona and Jessica, they each have a lot of history bearing down on them. Rob is unaware of it, Fiona and Jessica seek it, Julian is trying to escape it. They’ll each learn or face more of it in this volume of the Hawthorn House series.

And then there’s Mitch Longfield.

In movies they say the first story is about the hero, while the second story is about the villain. Mitch, a figure from Julian’s past, is clever and resourceful and so very damaged. He accepts no limits in achieving his goals. And that’s too bad for anyone in his path.

I hope you enjoy threading Mitch’s deadly labyrinth with the residents of Hawthorn House.

This also seems an appropriate time to mention a change of series name. My old series name was close enough to that of another series to cause some confusion. As such, I’ve renamed the series to Hawthorn House.