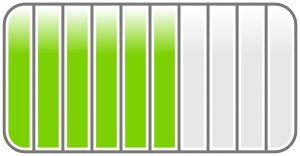 Behind the scenes, things are moving well towards the moment when I click on Publish for the first time and Ghost Electricity goes out into the world. There should probably be a bell tolling when it happens, or something else suitably ominous.

Right now, Ghost Electricity is in the final stages of ebook production. I’m working with a cover artist on the cover and finalising all the bits of a book that aren’t actually the story. Soon the doors will roll back and it will clank out into the world to wreak wordy havoc.

The Mortal Edge is in the late stages of editing. I’ve worked through my editor’s feedback and generated over a dozen more tasks for things that need fixing. This is what I get for writing a story with so many moving parts. It’s on track for release next April.

The third book, provisionally titled Immortal Make, has also returned from receiving a thorough thrashing at the benevolent hands of my editor and awaits my attention. The feedback was positive, which means I have plenty to do on it, rather than many plenties. I’m looking forward to getting to it, but it’s well down the queue, after…

The Clock Strikes, a novella set between the first and second books. While it will be on sale, I will also offer it as a thank you for signing up for my newsletter. The first draft of the novella is complete and it’s ready to be tipped into the maw of my editing process. I don’t have a release date for it, but I’ll get started on editing it very soon.

The Hawthorn Chronicles is planned as a series, with three more books in various stages of planning after Immortal Make. I don’t expect to publish the first of them until the end of next year, but I’ll have a better idea once we get into 2018.

I also have a series of novellas in mind, tentatively titled Dragon Century, to fill in some of the backstory for the main novel series. They’re at the bare beginnings of the planning phase and so far don’t have a slot.

Words in the Wild

I’m really looking forward to when I start sending these stories out into the world. It’s been a pretty interesting process, learning all the ins and outs of being an indie publisher, though I know I have plenty more to learn once I click Publish.