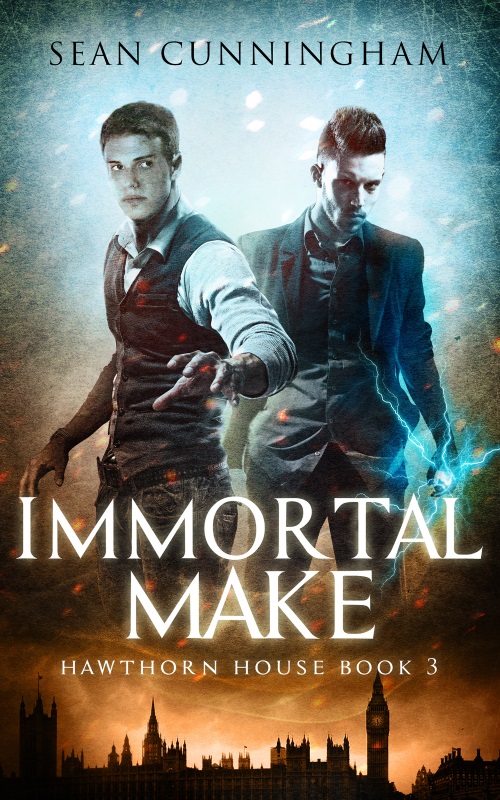 An ancient grave. A ruthless enemy. A power that once scoured the world.

There is a grave that holds an ancient secret. Astra and Crispin, exiles from the werewolf dynasties, are following the trail of clues that once led Julian to it. If they discover it, they’ll set the world on fire. Rob and Julian must race to stop them, while Julian decides how much it’s safe for Rob to know.

Fiona still can’t light a candle with magic. But she’s caught the interest of a wizard, a dread being from across the gulf between worlds. She must try to stop those around her from being hurt as she fights to survive the wizard’s tests.

As the different factions of the shadow world rally for war, while forces from the non-magical world prepare to destroy them once and for all, the residents of Hawthorn House must come together. Or the world will burn once again.